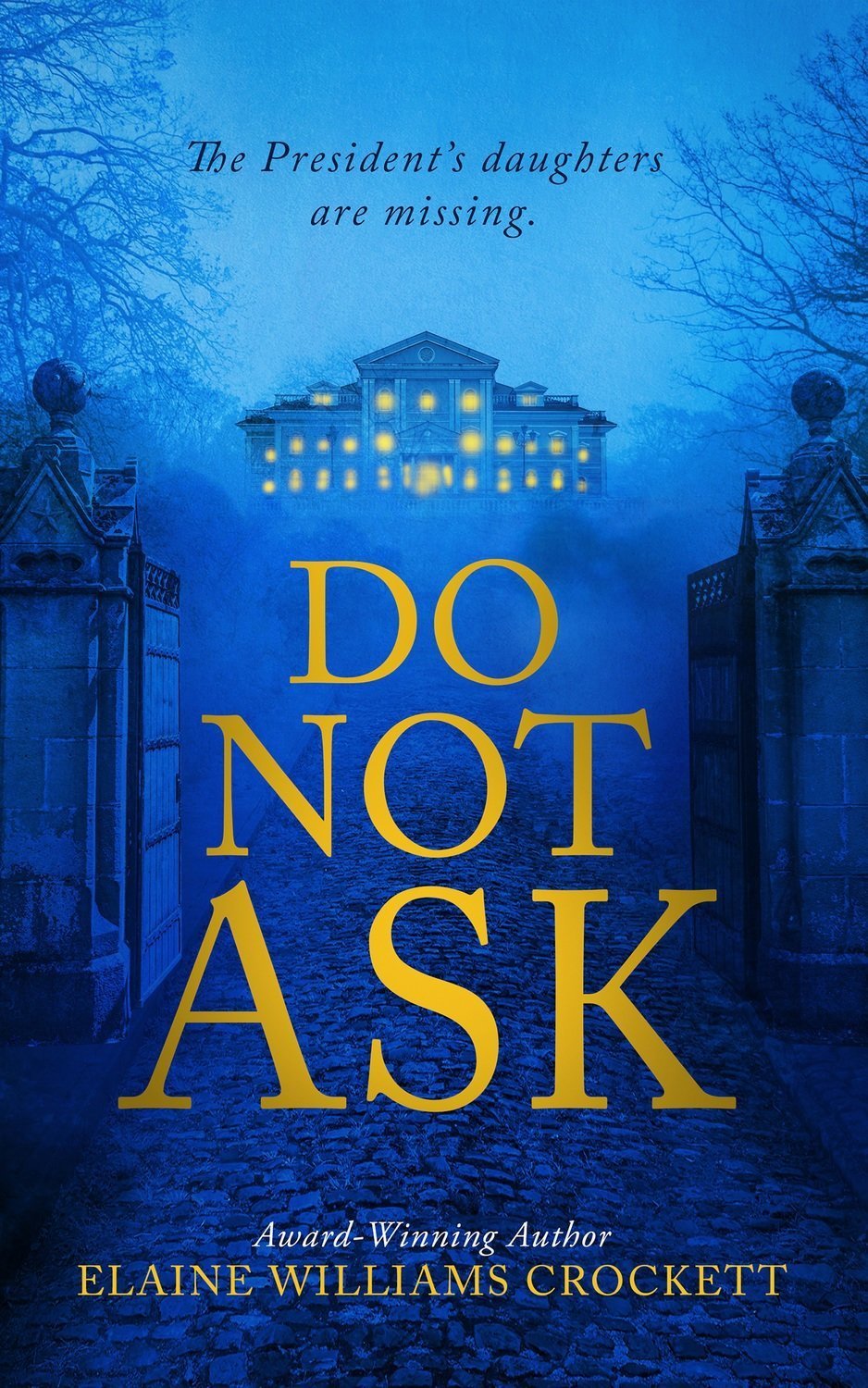 Do Not Ask - Thriller


Book Synopsis: The President's beautiful twin daughters disappear during a visit to a mysterious country estate known as Blackhall. A United States Supreme Court law clerk vanishes from her Georgetown apartment. Why are Washington, DC, women disappearing? Supreme Court Justice Warren Alexander is determined to find out when he discovers a link between the missing women and his son-in-law, a notorious playboy and the owner of Blackhall. And when the President's daughters are found dead on the Blackhall estate, and the DNA is a one-in-a-trillion match, the FBI is certain the right person is locked up. But the killing isn't over. While Justice Alexander desperately tries to exonerate an innocent man, the killer is targeting yet another woman. Alexander soon discovers that Blackhall is an estate with a secret. A centuries-old murder must be solved before the killer can ever be found. Before Alexander's daughter is the next to die.


Author Bio: Elaine Williams Crockett is a graduate of the University of Illinois and Vermont Law School. She spent her legal career in the Office of the General Counsel at the United States Federal Trade Commission in Washington, D.C. She lives in Georgetown with her husband, Don Crockett, and a cat who declined to be named. Her books, Do Not Ask and Do Not Assume, have won fourteen national book awards.