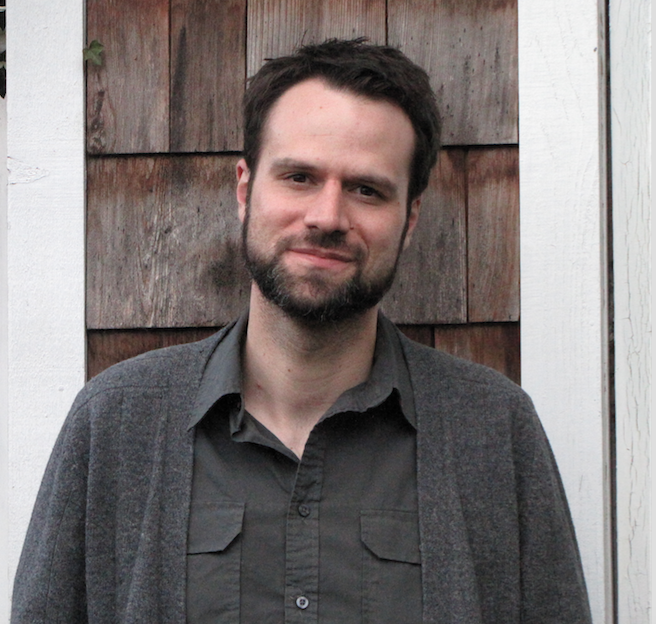 How did you know you wanted to be an author? I‘m lucky to have been passionate about books since childhood. Perhaps it ‘s in part due to my mother reading novel after novel over her pregnant belly every day. Perhaps it ‘s in part due to my own restlessness, my need to make things, and my love of words. But I began writing short stories in middle school, and I continued in that genre until my early twenties. A handful of those stories found publication in literary magazines, which was eye-opening and oddly humbling.

I was 21 when I wrote my first poem. Before that, I had never enjoyed reading poetry and had certainly never considered writing one. It was summer in New York and I was sitting by a lake with my feet dragging through the current caused by small boats when suddenly, without my knowing what I was doing, I began writing something that obviously wasn‘t a story. What was it? Impressions. Colors. Emotions. Strange images. I didn‘t have any paper, so I used a marker to write a series of phrases on my arm. Then they poured onto my leg. Then I realized I needed paper. I ran back to the car, took out a little notebook, and spent hours emptying myself of visions and fears and joys I don ‘t think I even knew I had. That was 17 years ago. Since that surreal and confusing moment by that little city lake, I ‘ve written poetry almost every day.

What is your advice for aspiring authors? There ‘s a reason œkeep writing, keep reading  has become clichÃ©d advice for emerging writers; it ‘s absolutely true. You need to study as many books as possible from authors of various genres and from various countries. Listen to their voices. Watch how they manipulate and celebrate language. Delve deep into their themes and characters and take notes on the stylistic, structural, and linguistic tools they employ. And never, ever stop writing. Write every free moment you have. Bring a notebook and pen everywhere you go (and I mean everywhere). It ‘s okay if you ‘re only taking notes. Notes are critical. It ‘s okay if that first book doesn ‘t find a publisher. There will be more books to come. And it ‘s okay if those first poems aren ‘t all that great. You have a lifetime to grow as a writer.

Do we write to be cool, to be popular, to make money? We write because we have to, because we love crafting stories and poems, because stringing words together into meaning is one of life ‘s true joys. So rejections are par for the course. Writing poems or stories that just aren ‘t as strong as they could be is par for the course. But we must all retain that burning passion for language and storytelling. That flame is what keeps us maturing as writers.

Do you have any writing rituals or practices?Not to sound elusive, but I don ‘t have a specific location or time of day. Ideas and phrases and images emerge at the oddest times, so I ‘ve taken to carrying a pocket notebook everywhere I go. During my daily work commute. In the hospital visiting an ailing friend. While walking my dog. Even in the middle of a live concert or film. Though I tend to write best when outside, inspiration can come from anything. At its core, I think creativity is all about curiosity and how one chooses to communicate with the world. As adults, we ‘re programmed to think linearly, reactively, and, dare I say it, boringly. But if we retain a bit of that childhood innocence, that unabated curiosity, then we can find metaphors in everything. Why look at the night sky and think sky, moon, stars ? Why can ‘t the sky be a river? Why can ‘t the stars be that part of our hearts we leave open to love?

My process is a bit different with every poem. Some pour forth as if on their own, leaving me the easier task of revising for sound and clarity. Other poems take serious effort, time, and struggle. But generally my approach is to have one or two notebooks filled with phrases and images splayed out before me. Whenever I feel stuck, I reread my old notes and see if any fit the poem I ‘m working on. Interestingly, that approach tends to yield results that even surprise me.