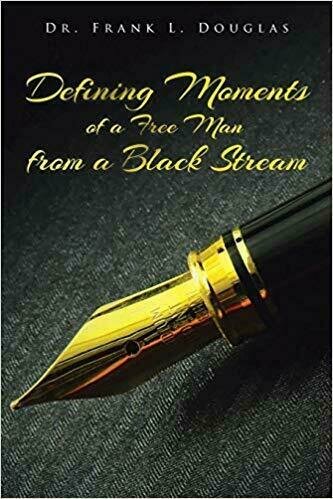 Defining Moments of a Free Man from a Black Stream - Biography

Book Title: Defining Moments of a Free Man from a Black Stream

Book Synopsis: The Memoir begins with the author stepping back from an attempt to commit suicide by drowning. This was precipitated by a severe whipping from his mother, who was told that he had purposefully thrown the basket with two weeks’ worth of provisions and other food rations off of his bicycle handle. This aborted suicide attempt led to three events that began to define his life. These were: learning the identity of his father; becoming a ‘born again Christian; and starting high school. In the ensuing eight years he dedicated himself to his scholastic endeavors and Elim Pentecostal Church. These resulted in his becoming a ‘boy preacher’ and turning in the best performance in a number of examinations in his country. These endeavors inculcated him with a set of values that became his lodestar.

In 1963, at age 20, and two weeks before Dr. Martin Luther King’s historic March on Washington, the author arrives in the USA on a Fulbright Scholarship. He is immediately confronted with the realities of racism in America and is particularly puzzled by the participation of Evangelical Churches in discriminatory acts. He recounts episodes of discrimination during his undergraduate, graduate and medical school studies, but also describes poignant episodes when he was treated as a person of value.

The second half of the memoirs give cogent examples in the pharmaceutical industry in which he displays how his set of values helped him navigate both issues of discrimination as well as difficult management and leadership issues. These episodes also reveal the impact political decisions can have on the process of innovation.

Finally, the author celebrates people and occasions where, as he describes in one of the chapters, it takes a village to raise a child, but it only requires a few good people to help a man rise.

He rose to leadership positions in the pharmaceutical industry and academia, and describes how he led teams of scientists who contributed to innovating and marketing more than 25 prescription drugs for treatment of diseases such as cancer, diabetes, arthritis, hypertension, seasonal rhinitis and tuberculosis.

Dr. Frank Douglas has had distinguished careers both in the Biopharmaceutical Industry and Academia. As Member of the Board of Management and EVP responsible for Global Research, Development and Regulatory Affairs at Aventis SA (Now Sanofi SA), he led teams that were responsible for the Research, Development, and/or Regulatory Approval of more than 25 drugs. These drugs include Allegra for the treatment of Seasonal Rhinitis and Lantus for the treatment of Diabetes. Dr. Douglas was also the CEO of The Vax Genetics Vaccine Co. USA and served as Chairman or Member of the Board of Directors for several other small Biotech Companies.

On the academic side, Dr. Douglas has been Assistant Professor of Internal Medicine and Director of the Hypertension Clinic at the University of Chicago Pritzker Medical School; Professor of the Practice at MIT Sloan School of Management, as well as The Harvard-MIT Division of Health Science and Technology, and was Founder and First Executive Director of the MIT Center for Biological Innovation. Dr. Frank L. Douglas is also President Emeritus for the Austen BioInnovation Institute in Akron (ABIA) and University Professor in the College of Polymer Science and Engineering at the University of Akron. At ABIA and Aventis, he introduced several innovations including Value Driven Engineering, Accountable Care Community, the i6 Process for transforming bedside observations into innovative products, and use of Chemical Biology in Drug Discovery.

Douglas is the recipient of the 2007 Black History Makers Award and has been honored twice as the Global Pharmaceutical R&D Director of the Year, in recognition of his leadership and success in improving innovation and productivity in pharmaceutical companies. He has also received the Medal of Honor and an Honorary Professorship from the Johann Wolfgang von Goethe University in Frankfurt, Germany. He was honored as one of Geoffrey Beene Foundation Gives Back® and GQ Magazine's 2010 Rock Stars of Science™, and Douglas accepted the Caribbean Luminary Award from the American Foundation for The University of the West Indies and the Executive of the Year Award from the Akron affiliate of Sales and Marketing Executives International. Other awards include the NOBCChe Lifetime Achievement Award, Center for Medicine in the Public Interest’s Odyssey Award, the Louis B. Russell Memorial American Heart Association Award, the Weill Cornell Medical School Alumni Special Achievement Award, and the Lehigh University Dr. Costel Denson ’56 Award.

Douglas is senior partner emeritus of PureTech Ventures. He was a member of the Battelle Memorial Institute Board of Directors, National Center for Advancing Translational Sciences (NCATS) Advisory Council (NIH), BioOhio Board of Directors, Governor Kasich’s Ohio Medical Corridor initiative, national chairman of the Value-driven Engineering and U.S. Global Competitiveness initiative, and was a member of the Lehigh University Board of Trustees.

Douglas holds a BS in Chemistry from Lehigh University, Ph.D. in Physical Chemistry and a M.D. from

Cornell University. He did his internship and residency in internal medicine at the Johns Hopkins Medical Institution and a fellowship in neuroendocrinology at the National Institutes of Health.