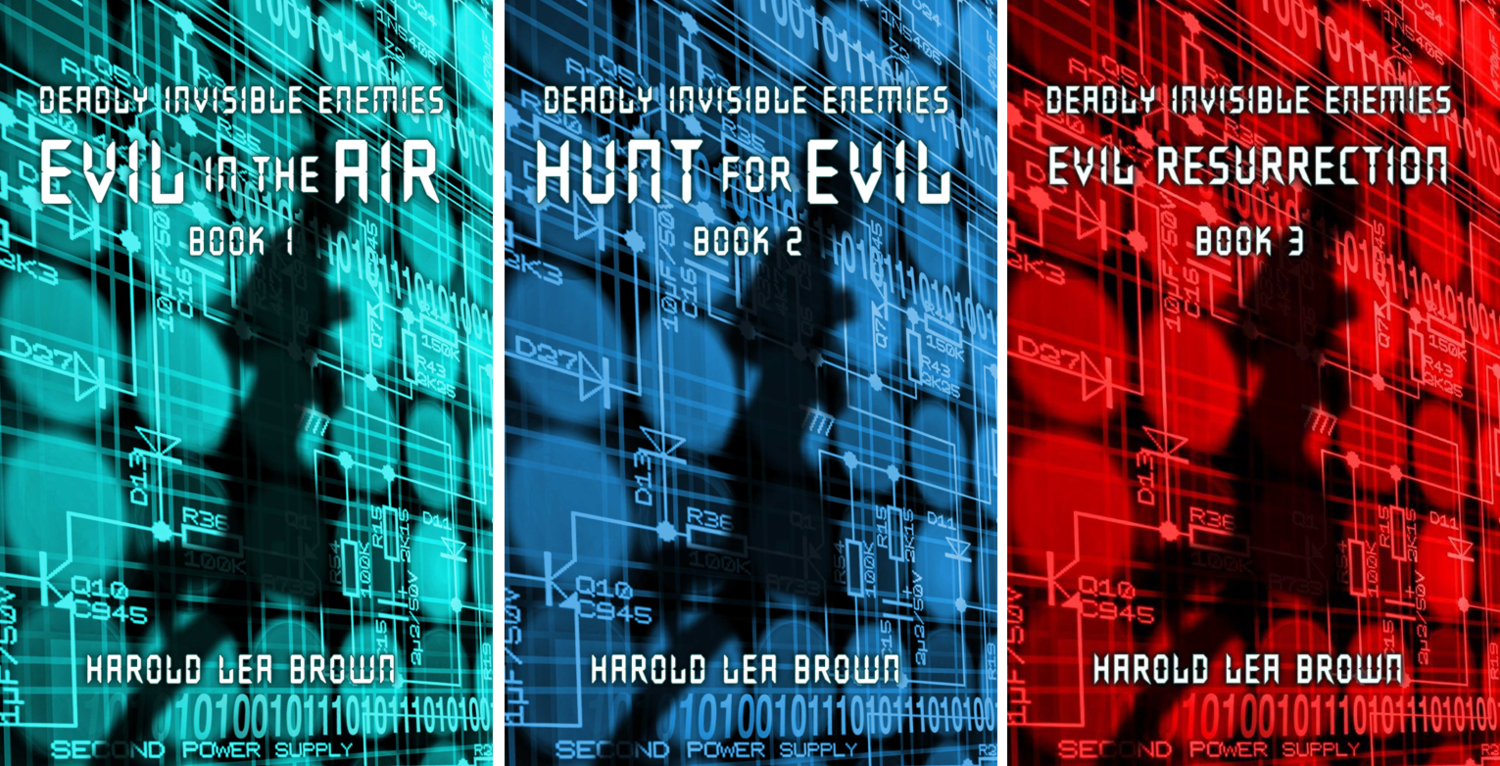 Book Synopsis: BOOK SYNOPSIS OF SERIES: Secrets have deadly consequences, especially in a digital world. A renowned computer security expert loses everything when security is breached at the highest levels of government. Dying to get the truth, he discovers an invisible underworld where justice, crime, terrorism and politics are a global electronic game played, won and lost one byte at a time. The Deadly Invisible Enemies (DIE) Series is a modern day love story of redemption and survival, as Kevin Albright searches for the truth about what really happened the night of his tenth wedding anniversary. DIE plays out in the world of cyberspace. It follows Kevin's struggle to stay alive, eluding the evil forces who have died years earlier in Central America, a sinister organization of powerful global leaders, and corrupt government officials and law enforcement. On his mission Kevin is challenged to foil cyberspace threats which have catastrophic consequences if successful. Will Kevin self-destruct, be killed by cyber criminals, government agents or bigger global sinister forces before he discovers the truth about what happened to his family and gets those responsible? The closer he gets to the truth, the greater the threat he will die, as it places him on a collision course with his demons and people at the highest global levels of government and business.

Author Bio: Screenwriter, Author, Producer, Publisher: Harold Lea Brown believes that story is life well told and a way to explore the human condition. It has always been a part of who he is it is in his blood. In his teens, he told story through music when he played in a rock band. Later he told story through award winning poetry and used story as a way of communicating corporate history and vision as a chief business strategist. He has also published award winning technical articles in the field of information management where he received the Infomatics Award for advancing the information management field. His family roots are Norwegian and Finnish, where story is core to passing on history to future generations. In 2017, Harold was named one of The Top 100 Indie Writers in the World, in a multimedia book published by Del Weston and Theresa Weston. In the past dozen years his writing has been recognized at more than fifty film festival, screenwriting and novel events in Canada, the United States, Mexico, Australia, the United Kingdom, the Netherlands and Spain. His award-winning work has garnered more than 80 awards and nominations, and includes novels and feature length screenplays, teleplays, web series and miniseries, spanning the drama, thriller, crime/mystery, action/adventure and comedy genres. His sub genre specialties include government, politics and technology fields he has worked in for more than thirty years. He has studied producing and various storytelling formats, appearing in Canadian, U.S. and international television and film productions. He is the recipient of the Gerri Cook Memorial Award for the Most Promising Producer and is a producer of television, feature and new media projects. Todate, the Deadly Invisible Enemies (DIE) techno-thriller series has received the global 2018 Book Excellence Award Finalist-Books in a Series honor (Books 1 to 3) and the international 2016 eLit Silver Medal Book Award for best anthology (Books 1 and 2). Harold is currently developing a multi-platform series based on his DIE techno-thriller series and a television drama series inspired by Louis Riel, based on an award winning screenplay he has written.