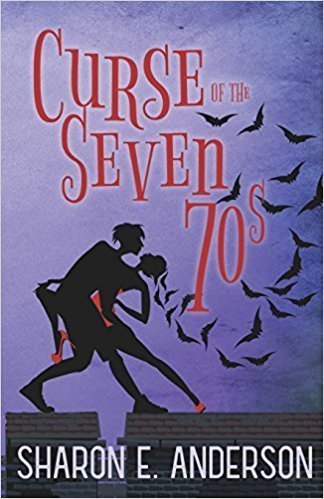 Book Synopsis: CASSANDRA watches HOWARD load box after box of his research into the trunk of her car. He's leaving her for a younger, silicone-infused cheerleader, TAFFY, but needs Cassandra to store his doctoral research because his new gal doesn't like clutter.

Cassandra drives to her new home, an inherited cottage on the far reaches of civilization, and discovers her late aunt subsisted on nothing but sardines, peaches, and 50-year-old Scotch, and because there isn't a can opener in sight and she's not hungry enough for sardines, Cassandra breaks open the booze and starts unloading Howard's crap. When she chucks the final box down the flight of stairs to the basement, it smacks against the wall, comes apart at the seams, and spills hundreds of pink envelopes all over the floor.

That's not the only surprise¦ the box's impact blows a hole in the wall and a skeleton lands on the pile of pink correspondence. Horrified, and more than a little drunk, Cassandra rushes down the stairs. A wooden stake is lodged in between the skeleton's ribs.

She pulls it out.

The skeleton begins to coalesce. Cassandra plunges the stake back between the ribs, and the skeleton returns to bone. Cassandra takes another swig of whiskey and pulls the stake out. As before, the skeleton comes together, she stakes it again. Cassandra sits back, booze in hand and watches until her eyes focus on one of the pink envelopes; it's a letter from Howard to Taffy. She opens it and the truth becomes clear: Howard has been having an affair with Taffy for as long as he and Cassandra had been together.

Soon Cassandra and Varo fall in love. Varo tells Cassandra that his brother offended a band of gypsies and how his fell under the Curse of the Seven 70s. Long story short, Varo and his family dare not die unless they die under forgiveness”or four-hundred-ninety times. Varo comments that four-hundred-eighty-nine times would be better, as that last death might prove fatal. His treacherous brother murdered his family, then tied Varo to a pole and made a game out of staking him in the heart”dwindling his life force. He then buried him in the ground, in some random person's future cellar wall.

Adding up the evidence, Cassandra drags Varo into her home office and shows him the iconic image she suspects his brother to be: Vlad Dracula. She leaves him and checks in at the university library where she works. By the time Cassandra reaches the cottage, Varo, in a matter of hours, has established a video blog, amassed a HUGE following, landed a high-profile agent, a lucrative book deal, AND has figured out how to use online services to order a fabulous romantic dinner complete with entertainment and wait-staff.

That night, they decide to burn Howard's research on the front lawn. All of it.

The next morning, the sun's rays creep closer to the couple, and something begins to burn. It's Varo! Cassandra submerges the vampire in a bathtub desperately trying to extinguish the preternatural blaze. The only way to stop the damage is by plunging the stake into his heart. When Howard and Taffy arrive to pick up the research, Howard attempts to murder Cassandra. Varo murders the enraged Howard and Taffy instead.

Just as the couple regroups, a gloom settles on the cottage”it's Vlad. He has seen the video blogs and wants what Varo has”including Cassandra, but our heroine stakes Vlad! Just then, a television news crew appears at the same time to interview Varo for his upcoming book, something he forgot to mention to Cassandra.

Vlad comes together on his own and takes control of the situation. Varo body slams his brother and drains his blood. Cassandra grips the stake and plunges it into . . . Varo, because all she sees is a monster. This time, however, he doesn't turn to bone. This time it looks as though he's finally dead. Cassandra breaks down and begs Vlad to do something. He agrees to give Varo some of his blood to bring him back to life, but only on the condition that she marry him.

Cassandra and Vlad are suddenly at the cliff's edge. With the ghostly hoard settling into their phantom folding chairs, a trio strikes up Mendelssohn's wedding march, and Cassandra tries to argue her way out of a tight jam. Varo stumbles out onto the field and stops the wedding in the nick of time.

Author Bio: I grew up in a haunted house in the sleepy wilds of Ballard in Washington, where front lawns seemed grander, roads wider, my dad's hands larger, and everyone was a friend or a potential audience member.

While our ghost never showed itself, it did make its presence known from time to time. A less creative person might chalk it up to older house issues and an off-the-charts imagination.

Today I live in a farming community with my charming husband, two brilliant children, amazing dogs, a couple of rapscallion cats, and a dodgy guinea pig.

My stories are dark and twisted with a sense of humor because if you can't laugh at yourself, you're already in hell.