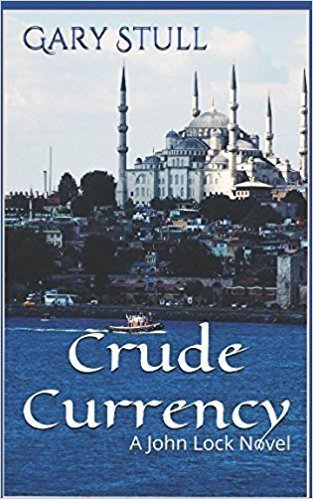 Book Synopsis: When cruise ship investigator John Lock agrees to help an old friend, he has no idea what he's up against. The friend asks Lock to find his missing brother, one August Wolfe, an EU negotiator on assignment to Turkey. The nature of Wolfe's mission is as vague as his circumstances. It's rumored the missing negotiator was sent to the Middle East to secure a secret oil deal or arrange for a new pipeline. Evidence suggests he's been dealing with the mob as well as corrupt government officials. But is Wolfe on the run, or is he the victim of foul play? Whatever the truth, Lock determines to find him and bring him home. Before he can act, Rachel McKean -- a tenacious EU investigator and Lock's former lover -- reenters his life. Not surprisingly, she was dispatched by the European Directorate to track down August Wolfe. Often at odds, the two detectives join forces to follow a trail that leads from Istanbul's Grand Bazaar to the coastal mountains of southern Russia, from Sochi to Trabzon, from Athens to Paris. Time and again their path is barred by crooked politicians, human traffickers, drug smugglers, and the Russian mob. But what have these groups to do with the disappearance of August Wolfe? Pitted against white slavers and black-marketeers, the erstwhile partners struggle to save a man who may not be worth saving. In his most ambitious case yet, John Lock tests the bounds of loyalty and friendship. How far will he go to keep a promise and satisfy his own sense of justice?

Author Bio: Gary Stull is an inveterate traveler and the author of numerous novels including In the Shadow of Kings, One Night in Venice, The Cellini Payback, Crude Currency, Rubicon, Dateline: Zurich, and Cross Match. When he's not searching for the next story in Europe or North Africa, he lives with his wife and son in Ohio.