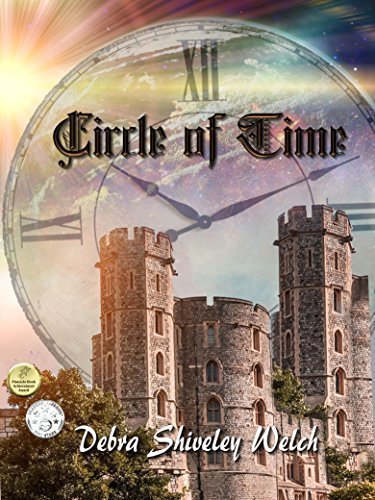 A student of Tudor history for 50 years, author Debra Shiveley Welch tells the story of Henry VIII and Anne Boleyn as she truly believes they were, and unravels the complexities of Henrician politics.

When 21-year-old Bridget Littleton decides to borrow her father's yacht and sail off of the tip of Florida toward Bermuda, she discovers that the legends about the Bermuda Triangle are true.

After seeing a face in the ocean waves, her next memory is of spinning water and blackness. She awakens in the town of Bristol England in the year 1532.

Rumors of her beauty reach the court, and soon Bridget, known as Bridge, finds herself in the court of Henry VIII and Lady in Waiting to none other than Anne Boleyn.

Will she get out alive? Will she accidentally change the course of history, or is she indeed a part of the history she has studied since she was a little girl?

Author of seven books and a bevy of short stories and poems, Debra is the winner of Books and Authors best Native American Fiction, AllBooks Review Editor's Choice, Faithwriters Gold Seal of Approval - Outstanding Read, Books and Authors Best Non-Fiction Book and Excellence in Literature awards and is a medalist in the New Apple Award for Excellence.

Debra is now working on "Brave Heart Woman," third in the "Cedar Woman" series, "Memories of an Old Farm House," a micro memoir about her memories of her family's ancestral farmhouse situated on a hill across from Serpent Mound in Southern, Ohio and "Christopher's Family Table," a cookbook featuring recipes from Chopped Champion Christopher Thames and Chopped Champion Junior, Daniel Kligmann.