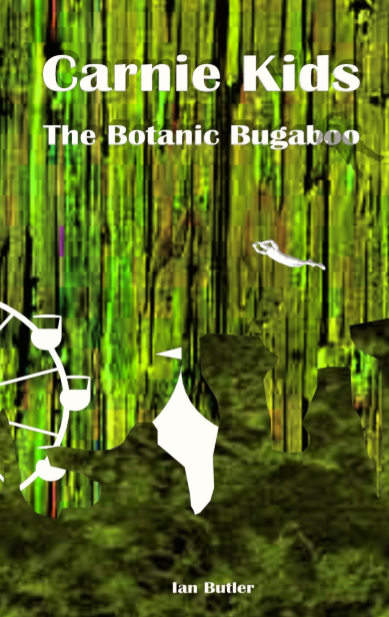 Book Synopsis: The performers at Obermaier's Travelling Carnival are unusual. Their extraordinary abilities ensure that their shows are unique; much like their children. Affectionately known as the Carnie Kids, this ragtag bunch of remarkable children seeks out a new adventure in every location the carnival visits. The town of Trenthide appears much the same as every other small town. Run down and in decline, a rocky outcrop nearby offers the only potential for any excitement. This apparently characterless feature, however, also conceals the entrance to the secret world of the Stellar Corporation. When Frankie discovers a field of giant produce and then disappears, the Carnie Kids are compelled to search for their friend. Utilizing Bobby's ability to fly, albeit somewhat chaotically; JJ's psychic skills ; Brick's strength; Bubbles' capacity to inflate like a balloon; Ally's talent at growing a full face of hair; the Doughty twins acrobatic prowess and Archie's leadership, they engage in an adventure of fantastic undertaking. Confronted with the misdirected vengeance of three local teenagers, offspring of the Stellar Corporation's kingpin and his co-conspirators; the kids must use their bizarre talents in ways they couldn't previously conceive. To compound the kid's troubles, the Stellar Corporation has been working on animating giant fruits and vegetables, and possess a staff of kids with similarly unique features. Travis two-face, Jerry the Jello, Fuzzyhead and Coldfoot, all conspire with Robert Stellar, their patron; but where do their real allegiances lie? An Armageddon-like assault befalls the carnival as fruits and vegetables of all shapes and size run amok. Only the quick thinking of the animal trainer's son, Theo prevents a total catastrophe. Adding to the ever increasing menace, a femme fatale who grew up with the carnival now works for the Stellar Corporation. She instigates a conspiracy with the misguided carnival manager to kidnap their children and supply them to the Corporation for research. The adventure culminates in an epic confrontation at the Stellar building, with the Carnie Kids finally overcoming their adversary and rescuing their entrapped friends.

Author Bio: Ian Butler was born in the English county of Oxfordshire, not far from the city of Oxford. Ian attended secondary school in the Quantock Hills of Somerset before settling in the market town of Ross-on-Wye. Following several years at college in Gloucestershire, Ian entered the workplace and has lived and worked in England, Wales, the USA and Canada. Ian currently resides in Toronto, where his two children were born.