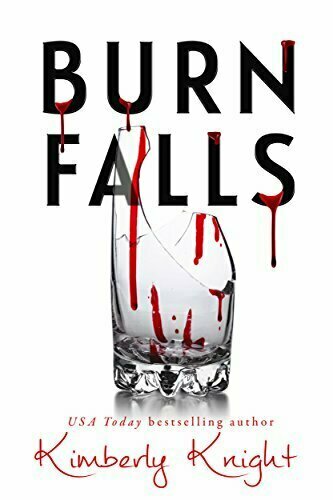 
Book Synopsis: After Draven Delano fled his coven, he vowed he’d never take an innocent human’s life again. To survive on his own, he became a doctor, allowing himself easy access to blood bags and a means of survival without harming a soul. But an immortal can never stay in one place for too long. And he can never fall in love. When he moves to the sleepy town of Burn Falls, he thinks he’s found the perfect place to temporarily settle.

Until he meets the one woman who could change everything.

Calla O’Bannion believed monsters lived only in fairy tales. The night her father was attacked and left to die, Calla knew that monsters were real. When the inevitable happens, Calla makes the decision to move home to Burn Falls and take over the family’s distillery. As fate would have it, she begins a relationship with the only one who can protect her from the thing she fears the most.

Until she finds out what Draven’s been hiding.

Evil has chased Draven for eighty-six years. Soon, he’ll be forced to face those demons and break his vow—a decision that could save both him and Calla. Or it could kill them both.

When Kimberly isn’t writing, you can find her watching her favorite reality TV shows, binge-watching true crime documentaries, and going to San Francisco Giants games. She’s also a two-time desmoid tumor/cancer fighter, which has made her stronger and an inspiration to her fans.