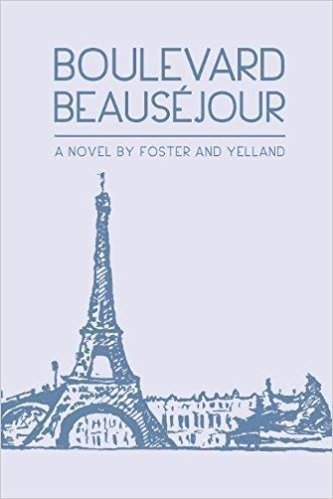 Book Synopsis: Boulevard Beausejour is a funny and touching novel with serious undertones set in Paris.

A thirty-something New York couple carry a sadness within them when they move to France. Alice is the resident philosopher in an international Think Tank and Andy is unemployed.

Former art critic Andy has left one problem behind in New York but brings two with him. His future is threatened as he is drawn back into the art world. Alice is unfailingly positive and supportive of her husband but is ultimately sorely tested. In the course of Boulevard Beausejour, Alice and Andy meet, among others, a resourceful hairdresser, an eccentric landlady, a suave Parisian and an elegant Count. The arrival of Alice 's parents adds complications and hilarity.

Boulevard Beausejour is a comic and sharply observed novel unafraid to illuminate a difficult issue while delighting in a flourishing romance between two people who believed such feelings were in their pasts.

Foster's first novel, Below Sea Level won the illumination Book Award bronze medal for fiction published in 2013. It was followed in 2015 by Sliding which won the Eric Hoffer Gold Medal Finalist Award for fiction.

Presaging Foster's foray into novel writing were her studies in English Literature and Art History at Finch College in New York City, Following her studies, she worked at Sotheby's for eight years before founding her jewelry design business where she worked closely with famed jeweler, Fred Leighton. Foster is a passionate horticulturist, and two of her gardens are included in the Smithsonian Archives of American Gardens.

Foster currently divides her time between Florida and France.

Anne Yelland has spent the first half of her life so far in London and the second half living in and around Paris, France. A Psychology graduate and teacher of English as a Foreign language, her early work in copywriting, public relations and government communications opened her eyes to the endless possibilities of writing fiction. Yelland met Foster in a writers ' group in Paris and this is her first book.