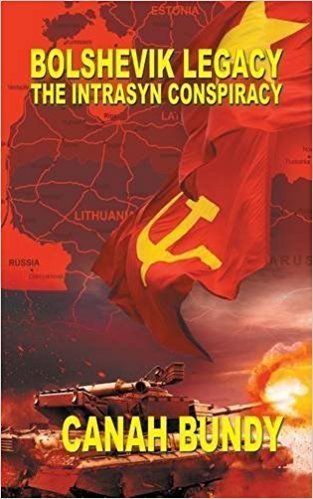 Book Synopsis: The year is 2007. The architect of the collapse of the Soviet Union, Yorbachev and his protege Pushkin 's International trading conglomerate, Intrasyn has revenues running into billions. Intrasyn 's members are now in positions of influence in Russia 's, Ukraine 's and Belarusian armed forces and administration.

Receiving reports of a horrendous massacre at Cerkessk, the assassinations of the Interior minister of Belarus and the security chief of the Ukaraine, NATBAL's chief Brian Turner suspecting a conspiracy activates his mole Markes investigate. Markes has his cover blown forcing Brian to activate Zonta.

Markes with Zonta's help enters the island headquarters of Intrasyn at Muhu, hacks the mainframe and uncovers the plan to assassinate the Presidents of the USA, Russia, Ukraine and Belarus at a treaty at Kiev, and the more sinister plot to invade Europe.

Can Markes and Zonta prevent the assassinations and expose Intrasyn's plans to dominate the world.

Author Bio: i graduated with an engineering degree and did a post graduate diploma in business administration. I worked in buying and selling commodities, and later in running textile businesses in the United Kingdom, Germany and Srilanka.

i now run my own marketing agency in Bangalore, India.

I'm married and have two sons.