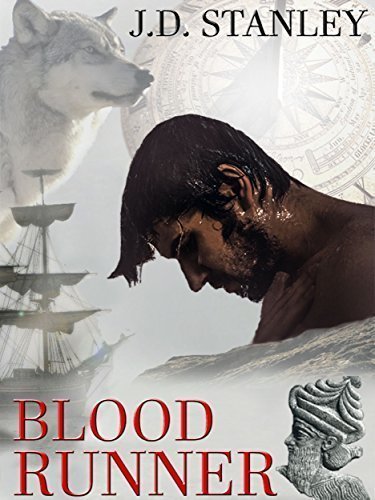 Book Synopsis: "I'm everything they speak about in whispers. I'm the evil that travels through the mist at night. I am the bringer of death the whole world fears..."

Richard flits from life-to-life, changing names and creating his own reality. Because he can't remember who he is.

He just wants to be left alone. Guilt over an only half-understood blood-stealing nature is a scabby mess he picks at until Maggie bursts across his threshold one night during the 1700's. Her light against his darkness bends his head while a vicious pirate with an ancient secret, William Blackthorn, teaches him he's not the only one with an inhumanity problem.

And then? It's about being in the revenge business.

But his forgotten past brings Richard more than he bargained for. Stubborn, he tries to shake it off while fate serves up an existence in unexplainable harmony with people he doesn't know.

But he's not captain of this ship and old gods, young vampires, ancient magic, and the outcome of a blood feud will dictate the fate of the world.

Author Bio: JD Stanley is a fantasy and speculative fiction writer with a rabid interest in the magic of science and a preternatural curiosity about human interaction. The intersection of positive and negative energy, light and dark, collides in villains you love to hate and anti-heroes who drag their heels about doing the right thing.

A self-admitted history, science and mythology junkie, JD's professional background includes communication, commercial copy-writing and editing. A freelance writer and real live modern Druid in the day-to-day, JD plays-out the biggest questions against history, myth and scientific speculation where the quest into those unseen forces that drive the human condition is ventured with a magic wand in one hand and multiverse theory in the other.