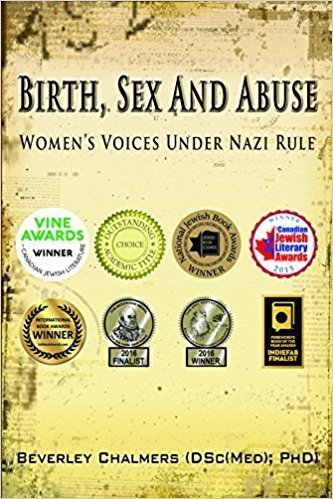 Book Synopsis: 'Birth, Sex and Abuse' has been awarded twelve book awards including a USA National Jewish Book Award, a Canadian Vine Award, a Canadian Jewish Literary Award and a Choice 'Outstanding Academic Title' Award. It is a gripping examination of birth, sex and abuse during the Nazi era. It is also a controversial exposÃ© of the voices of both Jewish and non-Jewish women living under Nazi rule. Based on twelve years of study, the book integrates women's history, Holocaust studies, social sciences and medicine in a unique, cutting-edge examination of what women themselves said, thought and did.

Author Bio: Dr Chalmers (DSc(Med);PhD)has dedicated her life to studying women's experiences of giving birth in difficult social, political, economic and religious environments. During her distinguished academic career she has held professorial appointments in both Medical and Social Sciences and served for decades as a maternal and child health consultant for numerous United Nations and other global aid agencies. Her inter-disciplinary focus and extensive international experience provide a novel perspective on the Nazi era and on the neglected issue of the Nazi abuse of childbearing and sexuality.