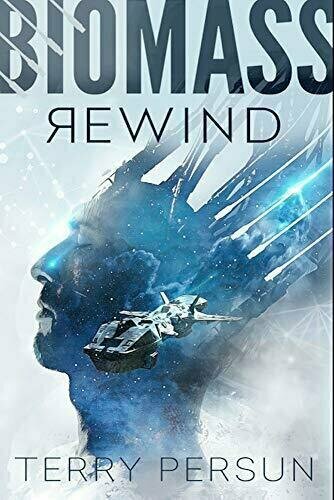 Book Synopsis: BIOMASS REWIND follows a group of 3D printed humans trained by a sapient ship to colonize a new Earth-like planet. Once on the surface, they must evade gruesome death at the claws, leaves, and wings of the hostile native wildlife--if they don't end up killing each other first. But when they find evidence that they aren't the first humans to walk the planet, their mission becomes suspect. What is their ship's motive, and how can they survive where other versions of themselves could not.

Author Bio: Terry Persun's books have taken readers to the uncharted worlds near the edge of the galaxy ("Hear No Evil"), to lands where shape shifters battle humans (the "Doublesight" series), to the near future in both technology ("The Killing Machine" and "Revision 7:DNA") and shamanism ("The NSA Files" and "The Voodoo Case"). Despite his adventures into other worlds, altered states, and other people's lives, he is said to be fairly average--but that's not a consensus by any means.