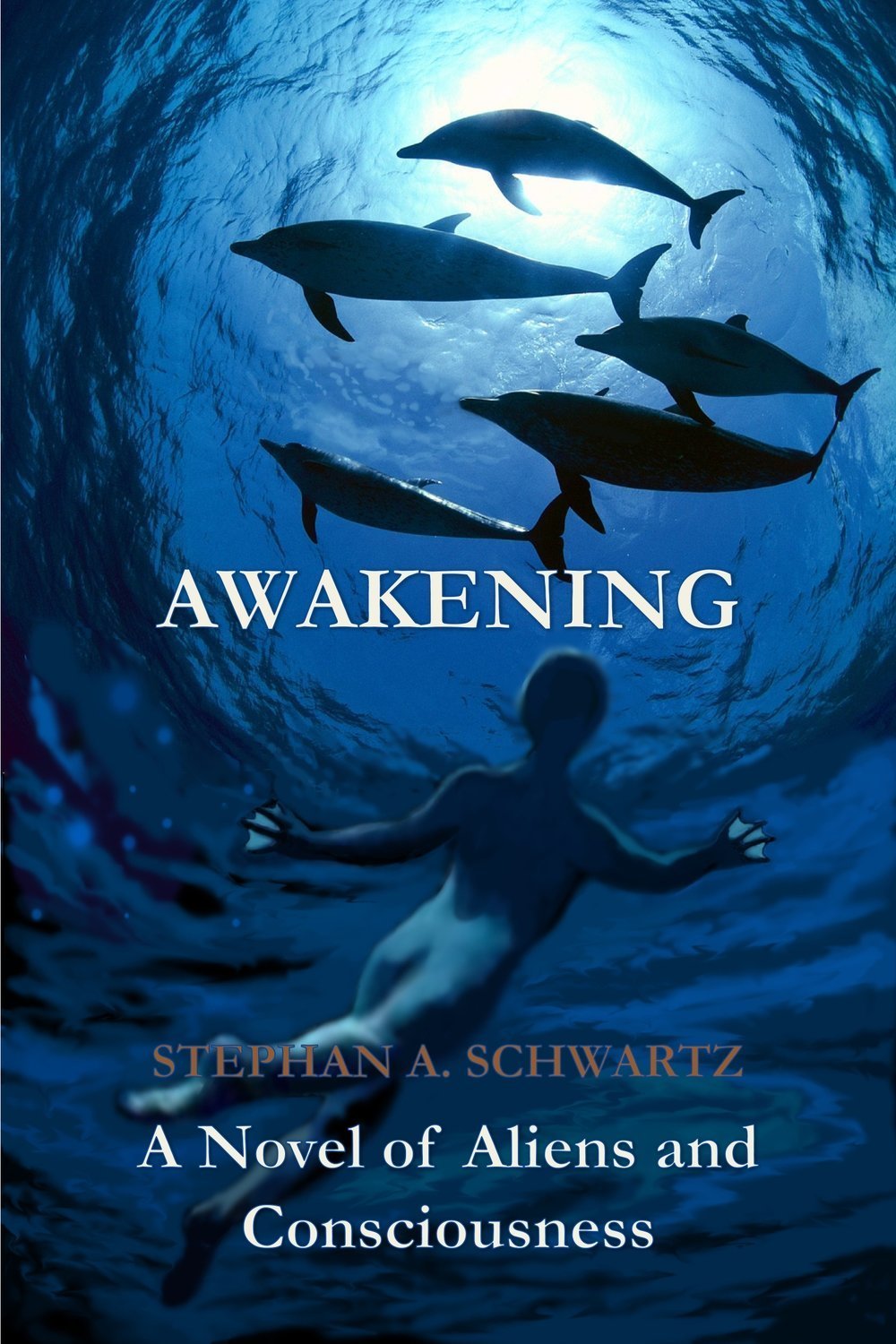 Awakening: A Novel of Aliens and Consciousness - Science Fiction

Full Book Title: Awakening - A Novel of Aliens and Consciousness

Book Synopsis: Awakening is the log kept by Arthur Davies, senior analyst for the U.S. Senate Committee on Commerce, Science and Transportation. Arthur, initially very skeptical, became convinced an alien really was being held by the government at a secret facility. The log is his story of what he did with that information, and how he was awakened to a part of himself he had never imagined; and how that experience showed him the threat that hangs over civilization and humanity itself.

Author Bio: Stephan A. Schwartz is a Distinguished Consulting Faculty of Saybrook University, and a Research Associate of the Cognitive Sciences Laboratory of the Laboratories for Fundamental Research. He is the columnist for the journal Explore, and editor of the daily web publication Schwartzreport.net in both of which he covers trends that are affecting the future. He also writes regularly for The Huffington Post. His other academic and research appointments include: Senior Samueli Fellow for Brain, Mind and Healing of the Samueli Institute; founder and Research Director of the Mobius laboratory; Director of Research of the Rhine Research Center; and Senior Fellow of The Philosophical Research Society. Government appointments include: Special Assistant for Research and Analysis to the Chief of Naval Operations, consultant to the Oceanographer of the Navy. He has also been editorial staff member of National Geographic, Associate Editor of Sea Power. And staff reporter and feature writer for The Daily Press and The Times Herald. For 40 years he has been studying the nature of consciousness, particularly that aspect independent of space and time. Schwartz is part of the small group that founded modern Remote Viewing research, and is the principal researcher studying the use of Remote Viewing in archaeology. Using Remote Viewing he discovered Cleopatra's Palace, Marc Antony's Timonium, ruins of the Lighthouse of Pharos, and sunken ships along the California coast, and in the Bahamas. He also uses remote viewing to examine the future. Since 1978, he has been getting people to remote view the year 2050, and out of that has come a complex trend analysis. His submarine experiment, Deep Quest, using Remote Viewing helped determine that nonlocal consciousness is not an electromagnetic phenomenon. Other areas of experimental study include research into creativity, meditation, and Therapeutic Intent/Healing. He is the author of more than 130 technical reports and papers. In addition to his experimental studies he has written numerous magazine articles for Smithsonian, OMNI, American History, American Heritage, The Washington Post, The New York Times, as well as other magazines and newspapers. He has produced and written a number television documentaries, and has written four books: The Secret Vaults of Time, The Alexandria Project, Mind Rover, Opening to the Infinite, and his latest, The 8 Laws of Change, winner of the 2016 Nautilus Book Award for Social Change.