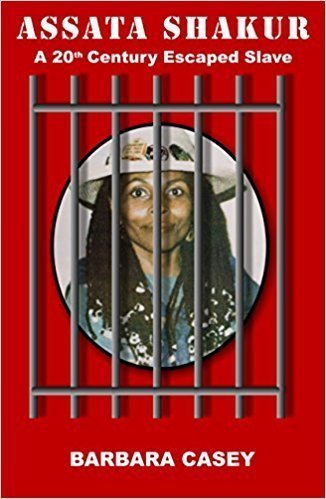 Book Synopsis: In 1977, after numerous trials for murder, attempted murder, armed robbery, bank robbery, and kidnapping ”all eventually leading to acquittals or dismissals ”JoAnne Deborah Chesimard aka Assata Shakur was found guilty of the murder of New Jersey State Trooper Werner Foerster and the grievous assault of Trooper James Harper. Convicted to life plus 33 years, Shakur escaped two years later from the Clinton Facility for Women and fled to Cuba where she has lived in exile ever since.

With the shift in relations between the United States and Cuba, there has been a renewed call for Cuba to extradite the woman U.S. law enforcement officials call a cop-killer and a terrorist; while at the same time, the woman who has become a folk hero in the eyes of supporters and black Americans believing her to be innocent. To her supporters, former member of the Black Panthers and the Black Liberation Army Assata Shakur has been persecuted by a corrupt and racist justice system. Others are calling for her to be pardoned. Despite the U.S. government pressing the issue, Cuban officials have repeatedly denied that extradition is negotiable.

With everything considered, an extradition of Shakur seems unlikely for now. But, if the U.S. government continues to press the issue, Shakur 's fate will move quickly from the periphery to the center of national media attention. Residents of Cuba as well as Assata supporters in the United States are saying that Assata, if she hasn 't already fled, has another destination selected ”another home that will welcome her as a political refugee ”should the need arise.

Assata Shakur: A 20th Century Escaped Slave is the story of the first woman to become the FBI 's œMost Wanted Terrorist  ”before she became a fugitive and since.

Author Bio: Barbara Casey is the author of several award-winning novels for both adults and young adults, as well as book-length works of nonfiction true crime and numerous articles, poems, and short stories. Her previous nonfiction true crime work, Kathryn Kelly: The Moll behind Machine Gun Kelly, has been optioned for a major film and television series. In addition to her own writing, she is an editorial consultant and president of the Barbara Casey Agency, established in 1995, representing authors throughout the United States, Great Britain, Canada, and Japan. Barbara is also a partner in Strategic Media Books Publishing, an independent publishing house that specializes in cutting-edge adult nonfiction. Barbara lives on a mountain in Georgia with her husband and three dogs who adopted her: Benton, a hound-mix; Fitz, a miniature dachshund; and Gert, a Jack Russel terrier of sorts.