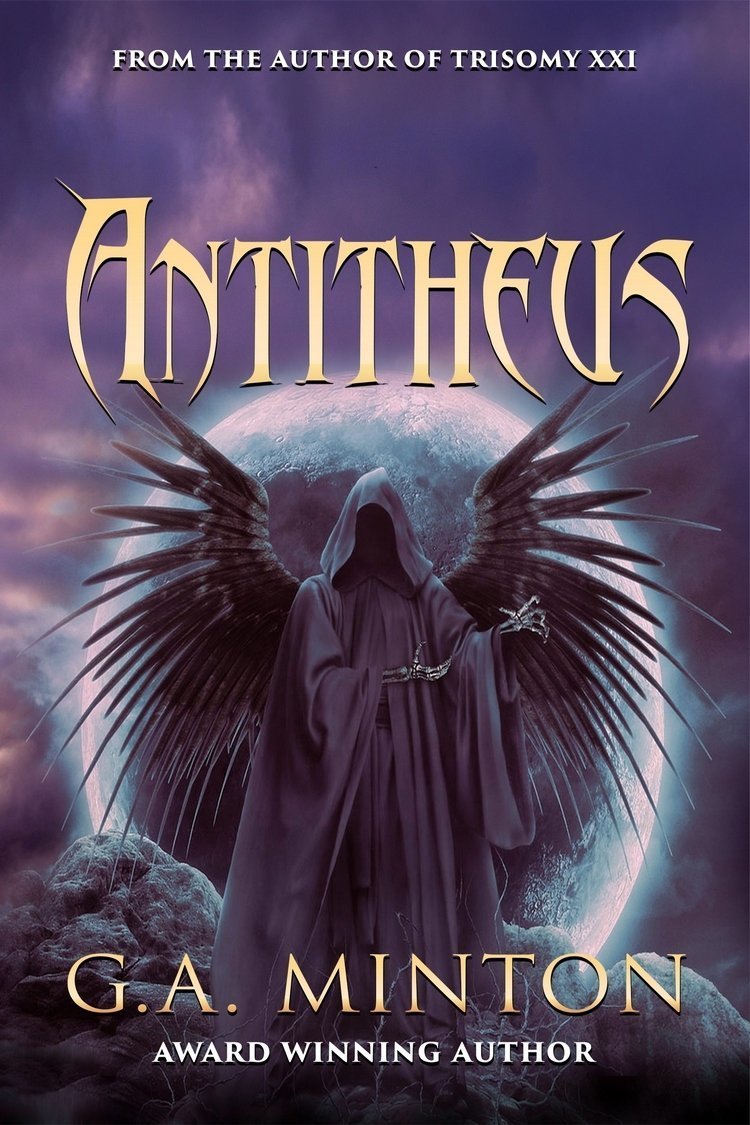 Book Synopsis: Trapped by a blizzard in the Sierra Nevada Mountains, a group of clergymen attending a religious conference find themselves thrown into a gruesome battle with evil incarnate itself. One by one, the holy leaders are being brutally slaughtered by an unknown, malevolent entity. Facing impossible odds and running out of time, the survivors must work together to match wits against their deadly adversary. It's an epic battle of Good versus Evil, with the winner taking all. . .the fate of every man, woman, and child on Earth hangs in the balance!

Author Bio: From his early childhood, G.A. Minton has always been a diehard fan of science fiction and horror. Whenever a scary movie was playing down at the local theater, he was there in attendance with his friends, loudly screaming in terror alongside them. G.A. enjoys many hobbies, but the game of golf is one of his favorites, having lettered on his high school golf team. Besides writing, he also enjoys reading, traveling, fishing, swimming, snorkeling, working out, listening to hard rock music, and watching great movies especially those genres that encompass horror, science fiction, mystery, and comedy. Strangely enough, it was only after G.A. was rear-ended by a drunk driver and suffered a closed-head injury that he developed a newfound passion for writing (even though this story has the makings for a bizarre Stephen King horror novel, it is nonetheless true). After numerous visits to a neurologist and months of taking medication used by patients afflicted with Alzheimer's Disease, his injured brain slowly began to mend itself. When the damage to his brain finally healed, G.A. noticed something very different in his thought patterns. Now, there was an overwhelming urge, a compulsive drive to put on paper fascinating stories that had formed de novo in his mind. That's how Trisomy XXI, his first novel and recipient of multiple awards, was born. One could surmise that the damaged neurons in G.A.'s frontal cortex had rearranged themselves into a different pattern, thereby enhancing the creative elements in his brain (a rare medical condition, known as acquired savant syndrome). God only knows. . .stranger things have happened! G.A. is now referred to as the savant horror writer by many of his friends. G.A. has recently completed his second novel, Antitheus, a dark supernatural tale of horror that takes Good vs. Evil to a whole new level. Currently, his brain is busy at work, meticulously processing the text for another story of the macabre that will both entertain and horrify its unsuspecting reader. One of G.A.'s trademarks is that his stories contain an O. Henry or Rod Serling surprise ending that would baffle even the likes of the great Sherlock Holmes! G.A. lives in Texas with his wife, a son and daughter, and two Bengal cats named Phinneas and Shamus.