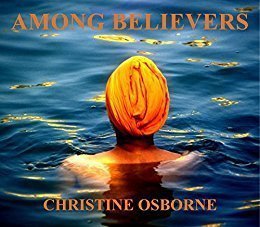 Book Synopsis: Among Believers takes you on a pictorial journey exploring the richness and diversity of the world 's mainstream religions: Christianity, Islam, Hinduism, Buddhism, Judaism and Sikhism. Nothing provides a better picture of a country 's culture than the religion followed by the majority of its citizens. It is equally true that nothing has had more influence on successive civilisations, not only in its legacy of magnificent buildings and masterful works of art, but in doctrines durable enough to have come down through the centuries unchanged. Worship, the most obvious expression of faith, is common to all religions, but while some faiths are more institutionalised than others, all teachings essentially advocate similar directives for ethical and moral living. Even so the practice of religion varies widely in relation to the customs and traditions rooted in a country 's culture and may include sacrifices and sermons, festivals, feasts and fasts, matrimonial and funeral services, meditation, study, music, art and dance. The text is accompanied by 365 color photographs.