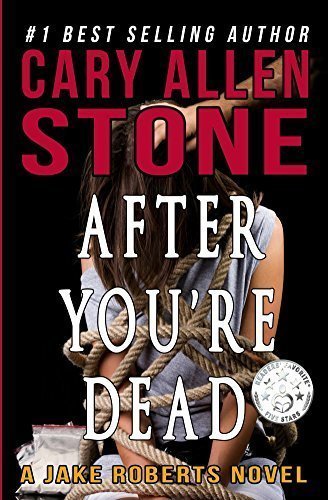 After You're Dead - Thriller

Book Title: AFTER YOU'RE DEAD “ A Jake Roberts Novel, Book 5

Book Synopsis: A depraved psychopathic killer joins forces with a drug lord who is equally sadistic and depraved. This is the scenario Jake Roberts faces, to mount a rescue, one that is a twisted puzzle and appears to be impossible, but Jake is not an ordinary person. He is a tough ex-cop with integrity and honor, damaged goods perhaps, with a conscience and regard for others, but not above dirty tricks for the right reasons. This suspenseful novel of good vs evil, in which finely honed characters come alive, moves at speed to a power punch ending. The novel is laced with action, violence, wickedness, and its opposites: concern and decency. The on-the-edge plot is riveting!  #Thriller #Drug cartels #Murder #AMCBUZZ

He received four awards; one silver, one bronze, and two honorable mentions from 2017 Readers ' Favorite International Book Awards for AFTER THE EVIL, MIND OVER MURDER, AFTER THE GOODE and AFTER THE KILL, all Jake Roberts Novels. Cary received the 2017 Book Excellence Award for AFTER YOU 'RE DEAD “ A Jake Roberts Novel, Book 5. He received the 2017 BookViral Millennium Book Award for THROUGH A MOTHER 'S EYES, and the 2017 IAN Book of the Year Finalist for THROUGH A MOTHER 'S EYES. Famed authors Clive Cussler and Tim Dorsey endorsed his thriller STEALING ATLANTA (Cybercrime).

He is a great fan of science and is writing SEEDS “ The Journey Begins, the first story of a trilogy.