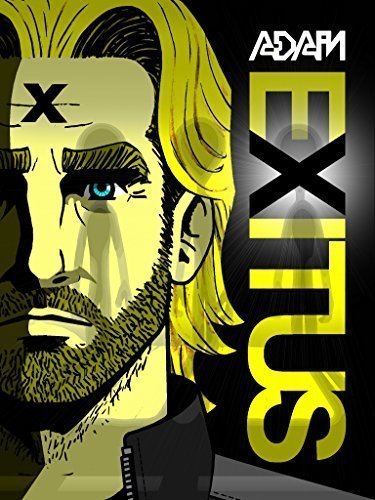 Book Synopsis: Why did they kidnap me? I 'm not rich. I don't have a lot of family to extort. I have certainly not been a police officer long enough to make any enemies. But instead of waking to the incessant ringing of my alarm clock back in my small city apartment, I awoke in the dirt. In the jungle. Naked. What is happening? Where are their demands?"

"Then I found her; beautiful and graceful, without a mark to show for her life trapped here. Wherever here is. How did she survive in this jungle? In fact, how is she keeping me alive? 14 days now, she has hunted, caught, cooked and provided without ever saying a word. She has listened to everything I 've said, but never responds. Is she in on it? Am I in some weird experiment, or is it all a dream? But it can 't be a dream, because I keep having terrible nightmares. About bright lights, and pain, and figures at my door their voices in my head. Of jumping off cliffs, being eaten by monsters and hanging myself. How can you have such vivid nightmares inside a dream?"

"Then there is the X, tattooed on my head. Who kidnaps someone and then tattoos an X on their forehead? What 's it all mean? I 've had enough! Tomorrow I 'm taking control and repaying my debt to this girl. Tomorrow I escape.

Author Bio: I've been writing and drawing comics since the age of four (admittedly my early stuff is not so great) My dad was an artist so he was a major influence on me but I also liked to tell stories which is how I became obsessed with comic books as a story telling medium. I never took any special classes but my schools both primary and secondary where always very encouraging when it came to both writing and drawing. I won various awards for my efforts growing up but my proudest moments were when they would put my works in the school libraries and the positive feedback from my peers was instrumental in giving me the confidence needed to put myself out there and never give up.

At age 15 I decided I needed a brand name for my collection of books and Nick Ab's Comix was born. When school was over I registered the name Nick Ab's Comix and took my work online. I spent a long time trying to build up a fan base on Myspace and later on Facebook. I posted content to the site weekly (the adventures of Adam X being my largest ongoing series) and once I'd clocked up some decent numbers I felt brave enough to try approaching other companies with my work.

I was over the moon when I got picked up by my favourite magazine, Gameinformer. I worked on a comic strip called 'Game Guy' from them for the next few years but when that ended I realised I'd neglected some of my other stories.

I decided I wanted to move away from comics for a while and write my first true novel. Choosing Adam X as the star of that book was an easy choice. I'd already built up a considerable body of work regarding him and it felt only natural to turn that into my first series of novels.