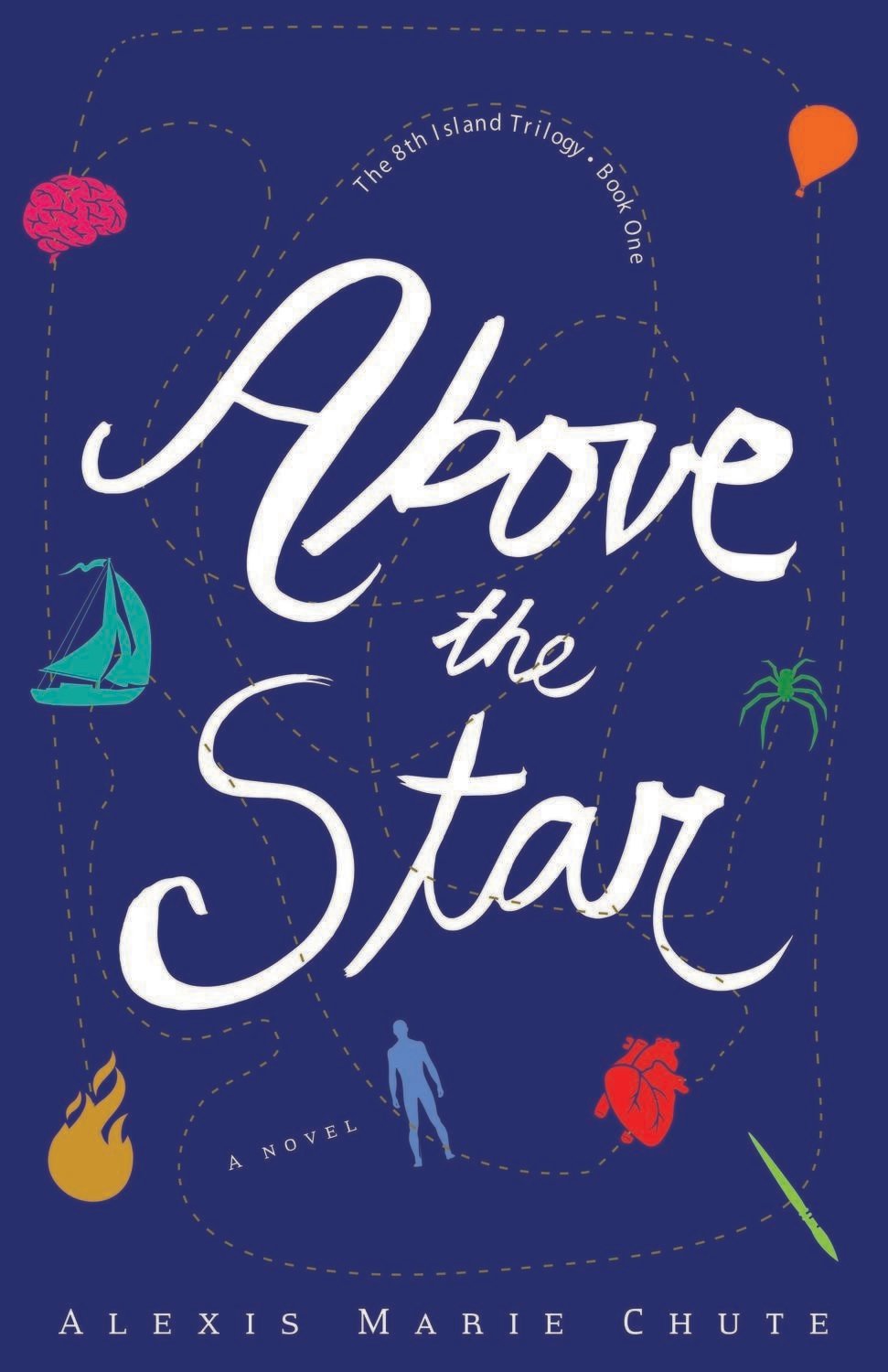 Above The Star - Fantasy

Full Book Title: Above the Star, book one in The 8th Island Trilogy

Book Synopsis: When frumpy senior citizen Archie goes in search of his missing son in the Spanish Canary Islands, he stumbles upon a higher mission: locating a magical cure for his ailing fourteen-year-old granddaughter, Ella. Using a portal-jumping device called the Tillastrion, Archie and a stone-headed creature named Zeno are transported to Jarr-Wya, a magnificent yet terrifying island in a connected realm along with Ella and her strong-willed mother, Tessa, who accidentally stow away on this not-so-secret quest. What they find on Jarr-Wya is an island tortured by a wicked Star anchored in the sea, and a raging three-way battle for dominion between the stone-wielding Bangols, the fiery Olearons, and the evil Millia sands. Ella's wit and resourcefulness emerge in this new world, while Tessa is forced to confront her long-buried secrets and a confusing new love triangle. When Ella is captured, Tessa and Archie with the help of a company of peculiar allies set out to save her and unravel the terrible mystery of her cure. A mesmerizing, stay-up-all-night adventure of three unlikely heroes, Above the Star reminds us that even the smallest act of bravery can transform our lives and the fates of the worlds around us.

Author Bio: ALEXIS MARIE CHUTE is a distinguished artist, photographer, filmmaker, writer and curator. She is the author of the award-winning bestselling memoir Expecting Sunshine: A Journey of Grief, Healing and Pregnancy After Loss (She Writes Press, 2017). Her second book Above the Star, the first novel in The 8th Island Trilogy will be released June 2018 (Spark Press). Alexis Marie received her Bachelors of Fine Arts in Art and Design from the University of Alberta, Canada, and studied at Media Design school in Auckland, New Zealand. She graduated valedictorian with her Masters of Fine Arts in Creative Writing from Lesley University in Cambridge, MA, USA. Alexis Marie has received over 35 noteworthy distinctions for her visual and literary work, such as First Place in the Method Art Gallery photography competition, The John Poole Award for promotion of the Arts, named an Emerging Canadian Photographer by Photo Life Magazine, and an Avenue Magazine Top 40 Under 40. She was featured in print and video as mother-expert in the pregnancy loss awareness campaign by Today's Parent Magazine, which won first place at the 38th Annual National Magazine Awards for Best Editorial Package on the Web. Alexis Marie was the 2012/2013 Artist in Residence at Harcourt House Artist Run Centre, where she began her groundbreaking fine art photo series, The Quiet Rebuild, featuring volunteers from around the world. Her photography on the topic of resiliency has been exhibited internationally and her bright-bold abstract paintings are represented at the AR&S Gallery at the Art Gallery of Alberta. Chute also curates the annual InFocus Photo Exhibit and Awards during Exposure Photography Festival. Alexis Marie's debut memoir, Expecting Sunshine, is accompanied by the feature documentary she directed-produced, scheduled for release 2018, premiering in numerous film festivals and already winning many awards. Her writing has been published in TIME Motto, Scary Mommy, Womanista, Today's Parent, PhotoEd Magazine, WestWord Magazine, Vie, Edmonton Woman Magazine, Flurt Magazine, Mind Body Green, The Good Men Project, Still Standing Magazine, The Huffington Post, The Times Colonist, Winnipeg Free Press, and Smart Healthy Woman. Chute is a highly-regarded public speaker. She has presented on art, photography, writing, blogging, bereavement, and the healing capacities of creativity around the world. When not in her art and photography studio or writing at her computer, Chute loves to spend quality time with her family, read both fiction and memoirs, watch reality TV, paddleboard, and canoe. She is not a winter person but lives in the frosty city of Edmonton with her husband and their three living children. AlexisMarieChute.com