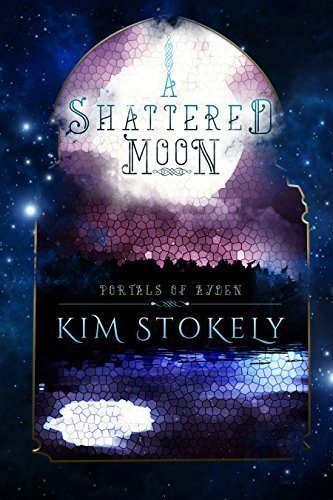 Book Title: A Shattered Moon: Portals of Ayden, Book One

Book Synopsis: Ally Foster thinks her biggest problem is her spiteful history teacher. Then a comatose man wakes long enough to call out her name. When the teenager takes his hand, she 's transported to another world. One she 's heard about but never believed existed ”Eden.

Ayden, as the inhabitants call it, is no longer a paradise but a place of supernatural monsters, magic, and danger. Now her greatest threat is Braedon, the Lord Regent and Mystic, who 's been waiting with a not-so-warm welcome for someone from Ally 's world to arrive. Desperate to get home before Braedon finds her, Ally seeks help from his enemies. But the Elders, a race of people descended from angels, have their own plans for her.

Caught in a centuries-old battle between Elders and Mystics, Ally must either spend the rest of her life hiding or join the fight.

Author Bio: Born and raised in Connecticut, Kim has found herself transplanted to the geographic center of the country, Nebraska. She still wonders how it happened.

She's worked at everything from Microfiche photographer (look it up, it was before computers) to Assisted Living Recreation Assistant. She's grateful to be working from home now and writing! Her novels have been finalists in several contests and her stories have appeared in "Writers Journal" and 5 "Chicken Soup for the Soul" anthologies.

Her favorite color is green and she loves all things chocolate (except for chocolate covered garlic peanut butter cups. Some things should never be mixed!)