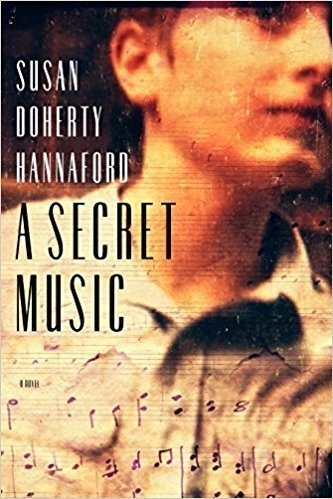 Book Synopsis: Set in Montreal, 1936, A Secret Music is the story of Lawrence Nolan, an aspiring composer who grows up in the shadow of his mother;'s mental illness. He raises himself and his nine year-old brother, an existence that forces him to keep two secrets. The novel explores the healing power of music, the sibling bond and that madness and genius share two sides of one coin.

Author Bio: Susan Doherty Hannaford is a Montreal writer. Her debut novel, A Secret Music was published in 2015.

Susan began her working life at Maclean 's Magazine in Toronto. After Maclean 's, she worked for a digital publishing company in Paris, freelancing for The International Herald Tribune, La Tribune de GenÃ¨ve, and The Independent in London.

Back in Canada, she studied creative writing at University of Toronto, Concordia University, and was mentored by award winning novelist Sandra Birdsell through the Humber School for Writers.

A lifelong volunteer, her affiliations include: the YMCA, the Douglas Institute and is a board member of the Royal Conservatory of Music, the Quebec Writer 's Federation and Nazareth House, a shelter for the homeless. She is currently writing and researching her second book, the story of an Ottawa woman 's life-long struggle with schizophrenia. Her passions include music, mental illness, calligraphy and living a purposeful life.