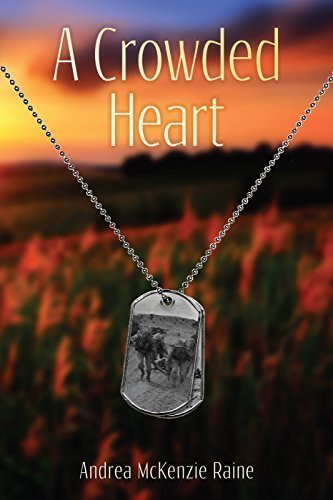 Book Synopsis: Willis Hancocks is a bright, ambitious young man who wants to break out of his small-town existence and make a difference in the world. When WWII breaks out, he rushes to enlist, despite his parents' disapproval. As the world falls apart, Willis finds a way to forge through and finds solace in an incomparable friendship and a surprising, brief encounter with a love that takes hold and eventually threatens to jeopardize the life he strives to build while battling his post-war demons. While Willis is set on building a new world for himself with a single-minded goal for personal success-a lucrative, purposeful, easy lifestyle-obstacles are continuously thrown in his path, and he must embrace, overcome, or dodge them entirely. In the course of the choices he makes, and the destiny that is chosen for him, he unwittingly drags the people who are closest to him down into the darkness.

Author Bio: Andrea McKenzie Raine was born in Smithers, BC and grew up in Victoria, BC where she still resides. She was enrolled in the Creative Writing program and earned a B.A. in English Literature at the University of Victoria in 2000, and completed a post-degree Public Relations certificate program. She has attended the successful Planet Earth Poetry reading series (formerly known as Mocambopo) in Victoria, BC since 1997, and participated in the Glenairley writing retreats led by Canadian poet and novelist Patrick Lane in Sooke, BC. In 2005, she published her first book of poetry, titled A Mother 's String, through Ekstasis Editions. Her poetry has also appeared in Mocambo Nights, Canadian Literature journal, Quills, Borderlines anthology (Ascent Aspirations magazine), Tempus anthology (Rubicon Press), Poems from Planet Earth (Leaf Press), Tongues of Fire anthology, and several Glenairley chapbooks edited by Patrick Lane (Leaf Press). She has also written book reviews and articles for local magazines, celebrating the work of her peers. She lives with her husband and two young sons and, by day, is employed as a correspondence writer for the provincial government. Turnstiles is her debut novel published by Inkwater Press. She also published her second novel, A Crowded Heart, through Inkwater Press, which is a prequel to Turnstiles.