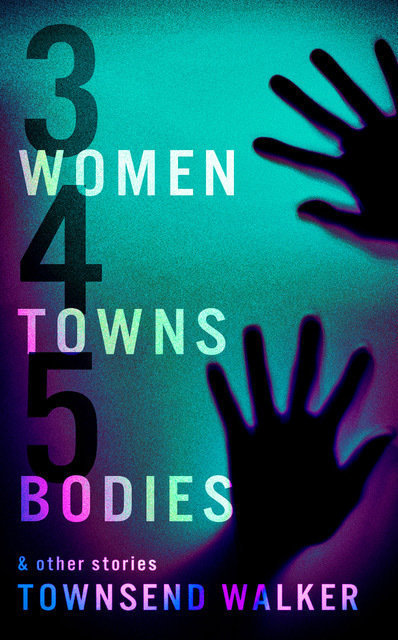 Book Synopsis: Townsend Walker's twelve stories are rooted in foreign places, cemeteries, violence and strong women. The worlds his characters construct are unforgiving. Their paths cross in twisted and sometimes fatal ways. In the title novella, three women use wit, seduction, and weapons to master the men they meet. The ribald reverend in "The Second Coming" meets his match in 19 year-old Charity. In "Super Secrets" two women are neighbors and lovers, until one is betrayed and extracts revenge. On a darker note, a crazed horse and a storm at sea shatter a fragile love in "Slashing at the Nets." Then, in "Storm Painter" an artist moves in with a writer, but their past destroys his third novel. Place is important. None other than an Italian detective would find a clue in a singularly shaped tortellini. The New York sniper would only be trained by the Israeli Defense Force. "3 Women, 4 Towns, 5 Bodies"is a short story collection spanning centuries, where nothing is as it seems and twists are as abundant as they are deadly.

Author Bio: Townsend Walker grew up in western Maryland and graduated from Georgetown (B.S. Foreign Service), New York University (M.A. Economics), and Stanford (Ph.D. Economics). During a career in banking, he lived in New York, Paris, London, Rome, and San Francisco and wrote three books on finance: "A Guide for Using the Foreign Exchange Market," "Managing Risk with Derivatives," and "Managing Lease Portfolios." His ideas come from cemeteries, foreign places, paintings, violence, and strong women. His novella, "La Ronde," was published by Truth Serum Press in 2015. His stories have appeared in over seventy literary journals and have been included in ten anthologies. A Little Love, A Lit- tle Shove and Holding Tight were nominated for a PEN/O. Henry Award. Four stories were performed at the New Short Fiction Series in Hollywood. Townsend currently lives in San Francisco and in addition to working on his stories, he teaches a workshop in creative writing to incarcerated veterans at San Quentin State Prison.